Sewing for Mrs. L. this summer was such a blessing for me. The fun chit-chats, good conversations and fellowship, countless cups of coffee or iced tea, "bonus day," and her passing on her bridal sewing skills and expertise have left me so, so grateful. A card saying "thankyou" could not suffice.

Would it be flowers, a plant, or an apron? It seemed like an apron would be the most practical since flowers would die within a few days and even the choicest greenhouses have next to nothing nice this time of year in the way of something that would come back next year (unless one would want fall flowers).

Using an apron pattern from Sew Liberated has been my go-to for making aprons as gifts. It is a little bit more stylish and modern than what I make and sell for etsy, but still lots of fun with it being reversible. Mrs. L likes cheerful things, but without being to wild and crazy, so this fabric by Free Spirit of spring colors and birds seemed like a good choice for the one side. 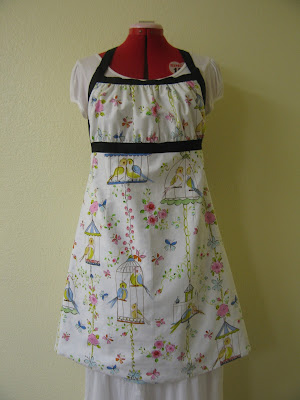 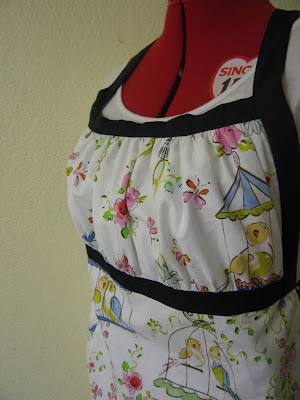 The other side I used some fabric that might look familiar if you've seen this apron in the shop. It didn't have a name on the selvage, and almost seems vintage, but really high quality, if that makes sense. Mrs. L. likes the color blue, so it seemed like a good choice. 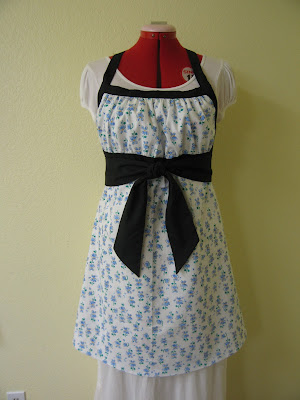 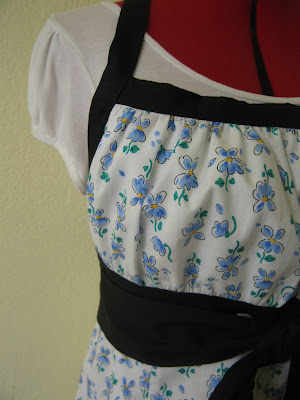 I was able to get the apron finished and wrapped up to give to her on my last day of sewing for her. Looking forward to next summer to hopefully be able to sew for her again! In the meantime, there is much to be done as I seek to organize my life before classes officially start on Wednesday.
Posted by Cheri at 10:04 PM 2 comments: Links to this post

In the last couple of posts I've eluded to "the last apron" and this morning I finished the last apron made for the shop. It was fun to put together with vintage lace and rick rack. I even found a golden button from my stash. It certainly has an autumn-ish flavor to it, one that you haven't seen yet this summer. :) 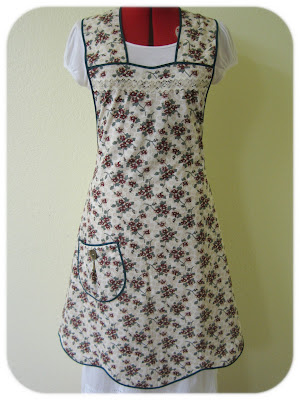 But think of the pumpkin spice lattes, the apple picking and fresh donuts at the local orchard, nippy weather for plaid scarves, boots for jumping through autumn rain, potted mums on the front porch, or the smell of pie in the oven. This apron seems to embody all of the delights of an autumn in the country. 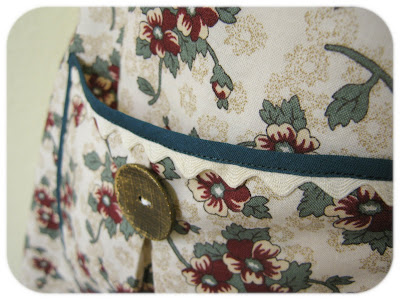 See it in the shop here. And one last reminder that the coupon code 15SALE will expire at 5pm on the 25th (that is tomorrow) if you're wanting to place an order and save money at the same time! ::wink::
Posted by Cheri at 5:00 PM 4 comments: Links to this post

Summer Reading and Other Things

When I picked these books up from the thrift store for literally pennies, I knew they would be on my summer reading list. It turns out "New Chronicles of Rebecca" is supposed to come after "Rebecca of Sunnybrook Farm" so I have refrained from reading that one until I can get my hands on the one written first. If you're unfamiliar with the other two, I jotted some thoughts down on each, and can recommend both! 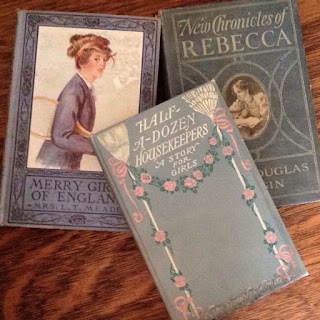 Half-A-Dozen Housekeepers, by Kate Douglas Wiggin, is a hilarious tale of school girls enjoying a two-week break from school and coming up with the grand idea of being housekeepers at Bell's home (Bell having strong skills in leadership). From kitchen attempts to putting on drama productions in the upstairs ballroom, you'll be laughing right along with them in their endeavors. If you have read any of Kate's other books, you'll be sure to enjoy this one!

Merry Girls of England, by Mrs. L.T. Meade, will make anyone with a sister or two or three be entertained by the dynamics of Underhill sisters as they go from city life to country life. Their country friend, Hero, becomes like another sister and joins Barbara Underhill as they secretly runaway to make life in London. Without spoiling the book to much, they end up realizing that hearth, home, and family are the dearest of all in life.


The close of summer break is officially next week, so I've been trying to get things together or wrap up things here at my parents house before I make my way down to the south east.

The thunderstorms and sunsets here have been great the last several months:


So was the county fair a few weeks ago. To be completely honest, this time I only went for the dole whip pineapple ice-cream. It's a guilty pleasure I don't mind indulging in once a year. ;) 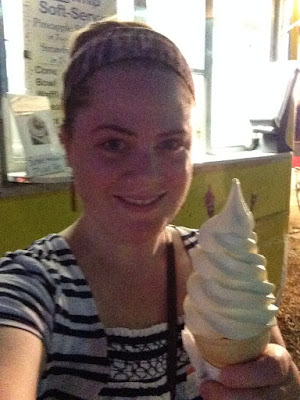 And before I head back to college, here is a little coupon code for my etsy shop if you wish to indulge in having 15% off your order; just use the code 15SALE when checking out.

Happy Monday!
Posted by Cheri at 2:21 PM 4 comments: Links to this post 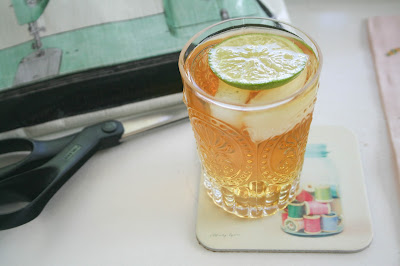 More often than not this summer, I've heard "Would you like some tea?" while sewing in the mid-afternoon. Mrs. L makes her own iced tea, and always sticks in a wedge of lime in it. Sometimes when we've needed the caffiene, she'll fix a pot of hot coffee and is always so kind to put a bit of cream in mine, no sugar. 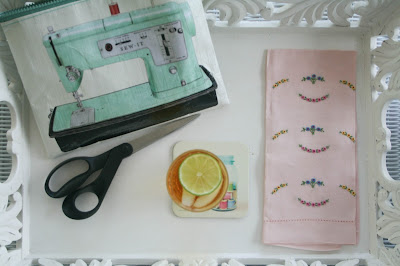 Needless to say not only have I been spoiled, but have grown accustomed to having a little bit of a pick-me-up in the afternoon. This morning I already cold-brewed some of our favorite iced tea (Good Earth's Sweet & Spicy) so all I had to do was slice a lime from the fridge. 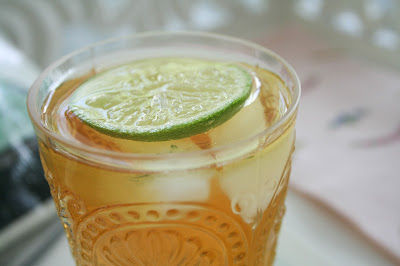 I'm home sewing today since wedding season has drastically slowed down in the last couple of weeks. On Monday I finished a custom-ordered apron, and I'm currently finishing one for the shop. Although it may not get listed today, since I am short about a foot of bias tape. There is one more fabric for an apron, and then that will be it for the rest of the summer. 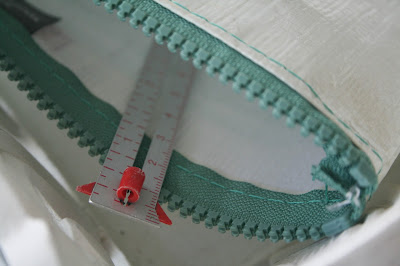 Signing off for now...
Posted by Cheri at 3:14 PM 4 comments: Links to this post

It was a few months ago that it was obvious that we were going to get alot of blackberries, but of course a gardener doesn't know exactly how many until late summer. The early ones are riping now, but the big crop will come in another month or two. Obviously, I took pictures of the ones ready to pick. 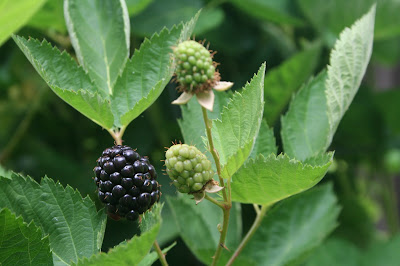 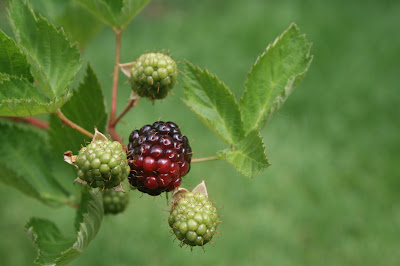 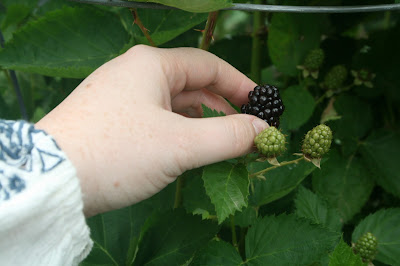 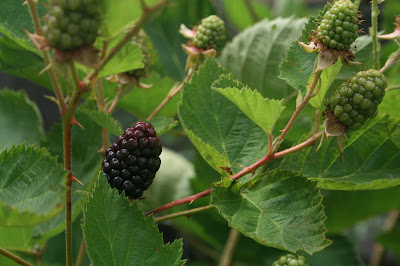 "Summer afternoon, summer afternoon, to me those have always been the two most beautiful words in the English language." -Henry James
Posted by Cheri at 2:25 PM 2 comments: Links to this post