"Behold, I will do a new thing; now it shall spring forth ; shall ye not know it? I will even make a way in the wilderness, and rivers in the desert." Isaiah 43:19
"Time goes by fast when you get older" I remember older people telling me, and with each passimg year I'm noticing it to be true. The semester this fall, though challenging as it has been in multiple ways, it has been swiftly flying by. We are on the downward stretch and it seems almost odd to think that just a couple days into December it will be finished, and that is only eight weeks away. (Our orchestra concert performances of Handel's Messiah is only six weeks away! Any SC or GA readers interested in coming?)
This morning at church, Mac and Beth Lynch were special guests that came to minister in music, and personally blessed me so much. It was another reminder of why I'm here; why I learn music, and what my goals are after college. One of the songs that was played/sung was one based out of Isaiah 43 and the lyrics were a refreshing drink of cool water. 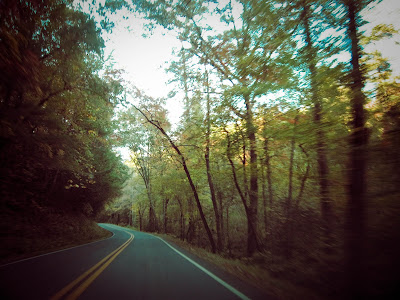 When deep water curls around you and fear replaces faith,
When the floods would seem to overwhelm God's promises of grace,
When the fires seem overtaking, and all seems torn and tossed,
Trust His Word. Oh, truly listen; hear Him say: All is not lost.

When the trials overwhelm you, so you think you've lost your way,
Just remember He has promised: He is never far away.

Posted by Cheri at 5:18 PM No comments: Links to this post

The Delights of the Season

This weekend I went to a couple of apple orchards not considerably far from the college. We had a three day weekend, and I chose one day to do something autumnish. While I had visited a working cider mill in the midwest a few years ago with my Grandparents, it has been well over 20 years since I stepped into an apple orchard so you can imagine my delight. 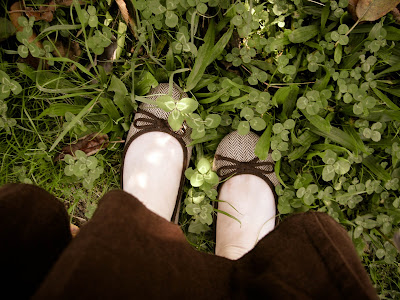 "She had only to stand in the orchard, to put her hand on a little crab tree and look up at the apples, to make you feel the goodness of planting and tending and harvesting at last." - Willa Cather
I never picked any (what would a college person do with a sizeable bag full of apples and no where to put them?) but I was more than delighted that I was given permission to walk through the orchards, and stopped to sit and reflect awhile where most of the trees had already been combed through, and could hear the voices of young laughter down the hill where the Rome Beauty's were found and picked. 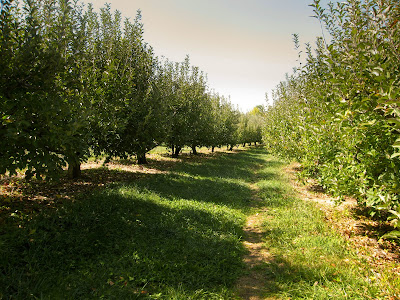 "On the motionless branches of some trees, autumn berries hung like clusters of coral beads, as in those fabled orchards where the fruits were jewels..." - Charles Dickens
After a week of mid-terms, I was so thankful for an enjoyable outing, delicious apple cider and donuts.
Posted by Cheri at 5:18 PM 2 comments: Links to this post

Several weeks ago I shared a couple of close pictures of a skirt that I found via thrift store that I wasn't able to give up. A blog reader asked if I could get some full length shots of the skirt to see the design of it, and it is now October (!) and I'm finally able to grant her request. Maybe. ;)

It is quite interesting to get pictures taken of one's self when there is no one around to "push the button." That is where said person depends on the self timer, but then she had to find a solid object on which to place the camera. 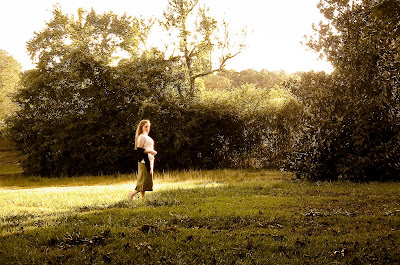 If I stood in the light or the shadow, the pleated hem didn't want to show up well. Or, I'm walking and the way the skirt moves with my step, you can't tell there is anything special about it... ;) 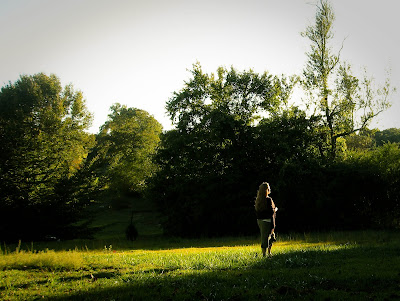 In a couple cases, such as below, I tried zooming in (hence, the blurriness) and was not in any snapshot on my camera, but one. Yay! though not the greatest angle to see the pleats. 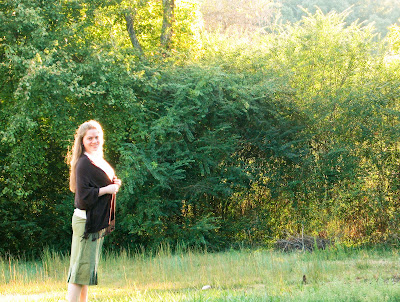 After many failed attempts I resorted to the porch and gingerly sat on the swing. I've never seen anyone sit in it yet, and I wasn't so sure it would hold me. ;) 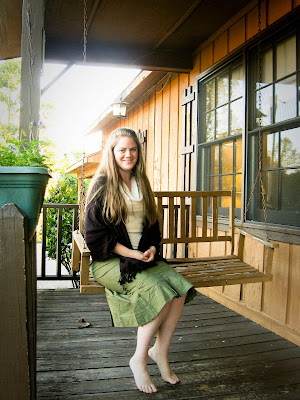 Dear reader, I hope this gives you an idea of what the skirt looks like. All of the pictures are clickable, so they should enlarge for you at least once if not twice.
Blessings!
Cheri
Posted by Cheri at 5:10 PM 2 comments: Links to this post